Lithuanian center who was previously visited by the UCONN coach – Kevin Ollie arrived at Huskies campus last week and after that took the trip to Illinois and Creighton. Among many other schools Lukas was also targeted by Purdue which watched him during the FIBA U18 European Championship in Bratislava, Slovakia. 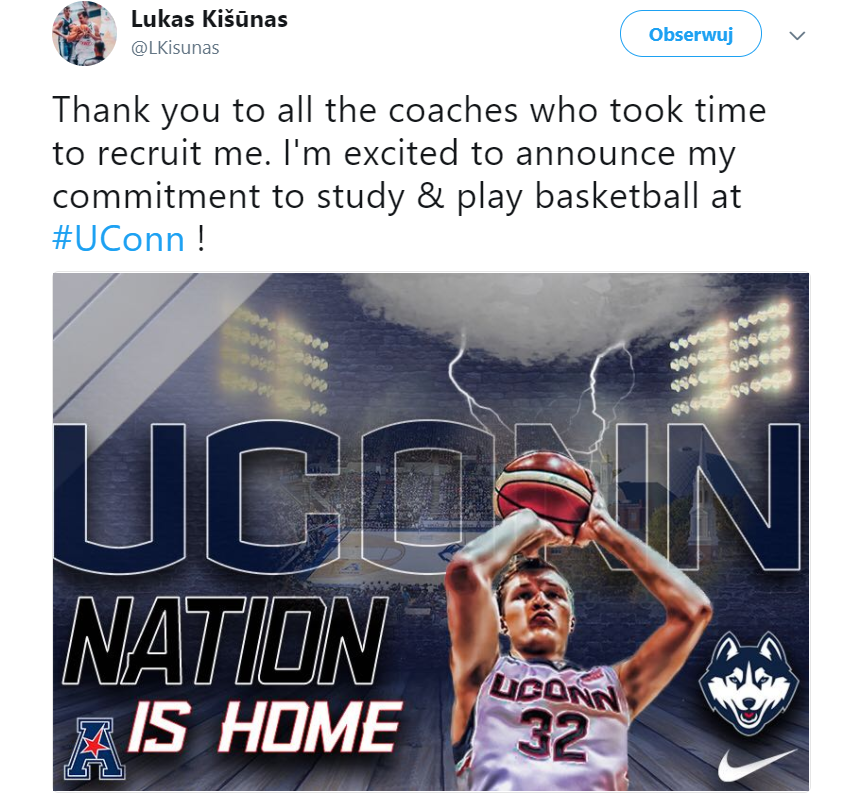 However he appeared on the radar of High Major programs in USA almost right away since he arrived there. Just took his time to make a choice like most of European talents do as the process they are facing is kinda new to them. Shortly after quite successful FIBA U17 World Championship last summer where he won bronze medal with his national team, decided to join Brewster Academy and really got into the better shape. Basically from below the rim player he became decent athlete able to make no step dunks and moreover really bulked up his already solid frame.

The product of non existing anymore Sarunas Marciulonis Basketball Academy is type of the fighter who displays tremendous defensive effort and can be considered serious low post stopper. He possess all the proper fundamentals you would hoping the big man to have. Knows how to fill the open lines during guards penetrations and rolls to the rim well in two man game. Specialized in executing strength advantage too. On the other hand he is not overly skilled with his back to the basket where he utilizes mostly simple moves & fakes and lacks significant perimeter skills. Also he is unfortunately a bit undersized for the highest professional standards.

Nonetheless the role he usually takes on the court seems very translatable. He is consistent with his effort and can add very demanded value to the team where he is surrounded by more talented prospects. Should be ready to contribute in strong American Conference since beginning.