ROKO PRKACIN was too good to be stopped in Novi Sad. His all around prowess can resemble of other talented Croatian forwards like Dario Saric. He claimed his superior performance with huge dagger dunk in the final game vs Spain.

USMAN GARUBA already won MVP of that event two years ago and now was just few points away of repeating this achievement. Spanish prospect keeps overcoming biases about his early development and shows it doesn’t affect his stock at all. He has ridiculous length, magnet in his hands and uses his power in absolutely elite way. NBA chances seem more clear now especially if he starts to shot at better percentage. Expected to see regular playing time with Real Madrid next season especially in home games. Could very well dominate FIBA U20 championship next summer…

MOUSSA DIABATE keeps 5 stars but #1 spot at this point would be overstatement. Anyway limitless potential if he learns to shot from behind the arc.

JUHANN BEGARIN is the highest ranked arrival. No one stayed indefferent in Novi Sad towards his length, shooting and defensive potential mixed with cold blooded mind and smooth athleticism. With DANIEL BATCHO at 9, France is the most represented nation in top 10. 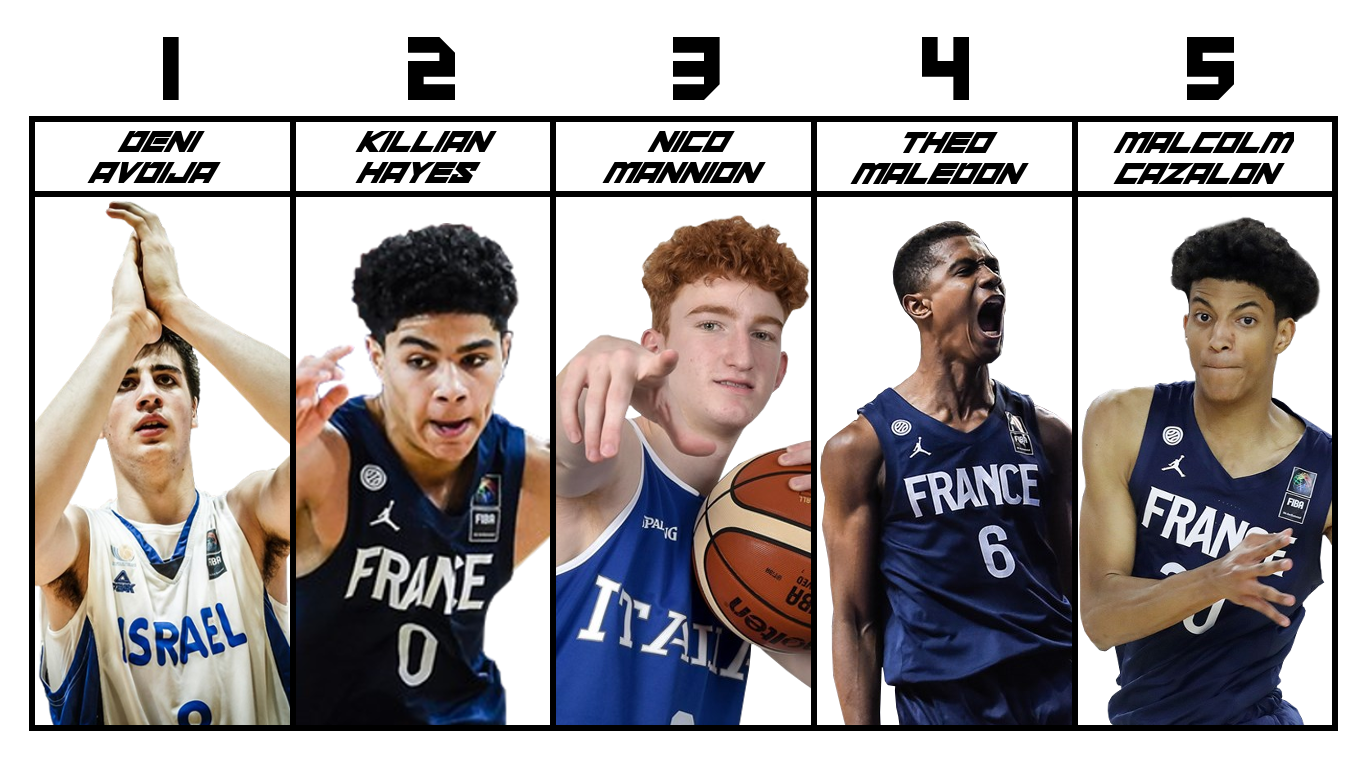 First time since our first 2001 ranking Killian Hayes is not at the top who was surpassed by Deni Avdija and his stellar U20 European championship (All Tournament Team) + Basketball Without Borders European Camp (MVP).

Notable Top 10 newcomer is Alex Antetokounmpo. Recently we could finally see the youngest Greek freak live in Belgrade. While he may always be overshadowed by Giannis just like entire sibling, at the same time surname is definitely helpful. Anyways even if they were not related, Alex remains tantalizing and draftable prospect given his tools and upside.

Another arrivals are Maxim Carene and Matthieu Gauzin. French prospects were part of silver U17 team at World Cup in Argentina. Moreover they clearly helped themselves in Belgrade thanks to performance in scrimmages and athletic testings. 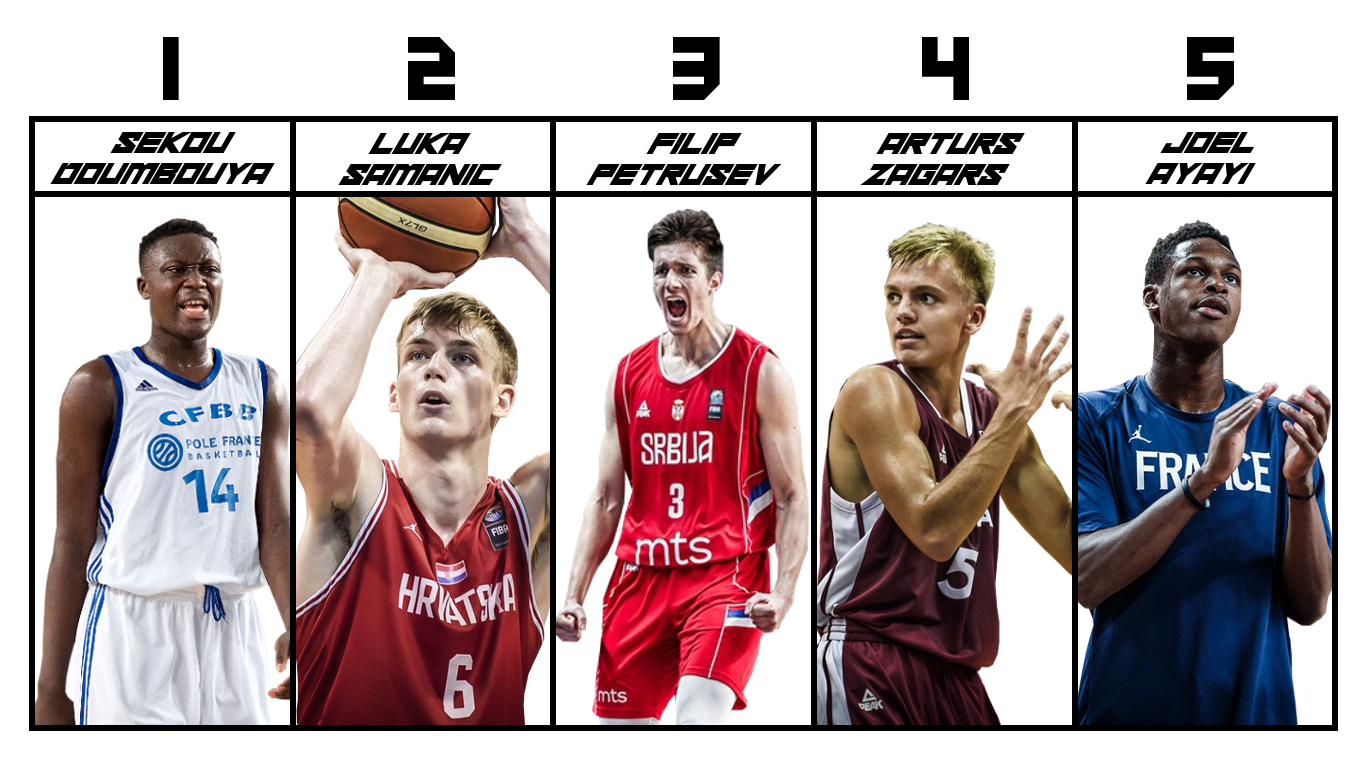 Despite Sekou Doumbouya absence last summer and underwhelming U18s for Luka Samanic their spots seems not threatened and will most likely remain in same order until draft day. The most notable change is huge Arturs Zagars promotion. Outstanding creativity and flair of Latvian baby face assassain almost allowed him to led his nation to the victory in sold out Riga Arena. Moreover lately he showcased his offensive tricks vs one of the best colleges in USA – Michigan.

Another must mention is promotion of relentless attacker and eurostep master at U18 stage – Nikita Mikhailovskii from Russia who put on some remarkable performances during FIBA Championship. Also we cannot skip arrivals of Vrenz Bleijenbergh from Belgium who had breakout showing in B division. Last place is occupied by Kenneth Baptiste. He may be far away from reaching consitency and decreasing the gap between his basketball IQ and physical gifts but he is tantalizing prospect and it is very hard to stay indifferent towards flashes that he occasionally presents. 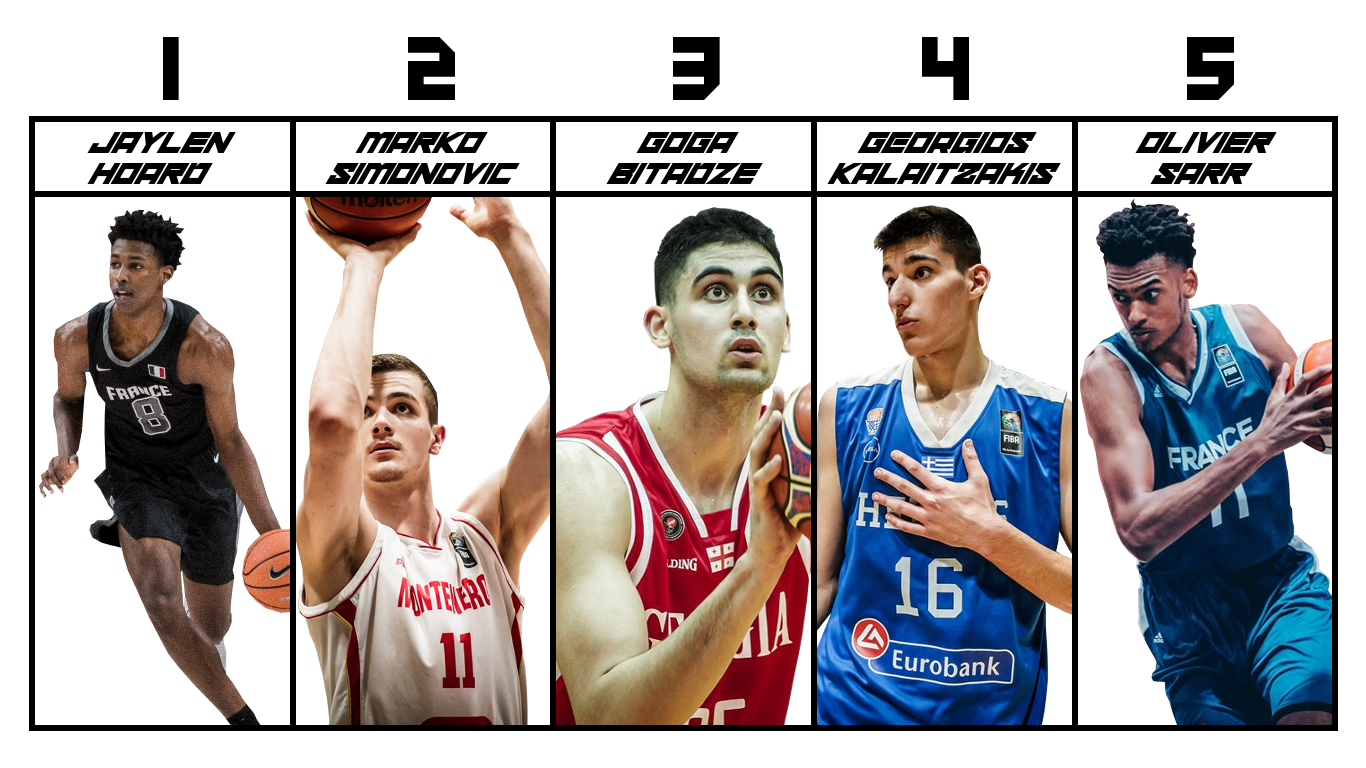 Ranking no longer includes four draftees: Luka Doncic, Dzanan Musa, Isaac Bonga and Issuf Sanon who all were moved to archive. Thanks to this Wake Forest commit who may even turn out to be one and done prospect – Jaylen Hoard is new number one. FIBA U20 Europe Division B standouts: Jurij Macura, Lukasz Kolenda & Elias Valtonen (11th, 12th and 15th spot respectively) made a big jump. Thanks to more space available in Top 30 another newcomers are; Sehmus Hazer (25th) , Josep Puerto (26th), Ivan Alipiev (27th) and Neemias Queeta (28th).