As we are approaching arguably the most prestigious youth basketball event of this summer – FIBA U19 World Championship we decided to make European team-by-team rundown to analyze the rosters and chances of teams from our continent on international stage:

After taking the crown in Riga (U16 in 2014) and Samsun (U18 in 2016) next step would be competing toe-to-toe with the best teams in the world including USA. It would be extremely challanging but with full roster’s strength really possible. Unfortunately roster is hampered the most from every European teams. No. 8 of 2017 NBA Draft and MVP from Samsun – Frank Ntilikina i obviously getting busy with working out and then showing his tremendous potential in New York and Summer League. Another not present players are college commits: Yves Pons (Tennessee), Olivier Sarr (Wake Forest) and soon to be one, class of 2018 – Jaylen Hoard. All of them are expected to participate in FIBA U18s as well as Gonzaga’s Joel Ayayi. Speaking of Zags the real leader of the team should be Killian Tillie who is finally 100% healthy and has been dominant in warm-up games. He should receieve a lot of support from Adam Mokoka, Bathiste Tchouaffe, Abdoulaye Ndoye (elite defender whose stock is really rising, especially after top-notch performance at Eurocamp) and Bastien Vautier who will probably be a starter at Center position.

Finally we have to mention Sekou Doumbouya. French hoop phenom almost stole the MVP award from Knicks draftee last winter. He just extended his deal with Poitiers until 2020 but at that time he is expected to be in the NBA or French Pro A in worst-case scenario. This summer although being stilll just 16yo he will be playing at…FIBA European U20 Championships.

Generation extremely loaded with talent. If we summed up all the individual potentials Germany could be even considered the best European team beside France. Isaac Bonga is finally in after missing two major tournaments with national team (Albert Schweitzer and FIBA U18). Beside very strong core composed of Louis Olinde, Oscar da Silva, Nelson Weidemann and Philipp Herkenhoff, we are expecting big performance from Richard Freudenberg who is extremely eager to play after unsuccessful year at St. Johns. Heidelberg native decided to return to his country and rebuild his brand in Frankfurt which makes tremendous job last years as far as player development. Among non-attendance there is another player who would gladly get rid of his disappointment on the court. Isaiah Hartenstein was drafted surprisingly late (43th pick by Houston) mostly because of the rumors about his back’s condition. However he will be able to release his anger during summer league in Rockets jersey. Another big blow is lack of Kostja Mushidi (medical reasons) who become replaced by Felix Hecker.

Roster contains the deadly trio on 2-4 position: Tadas Sedekerskis, Arnoldas Kulboka and Gytis Masiulis (last two withdrawn from this years NBA Draft). Lack of elite Point Guard is what can stop them from winning the medal in Cairo. Due to Lithuanian basketball federation’s decision, Arnas Velicka will make only FIBA U18 this summer. Moreover there is no Aistis Pilauskas who should be the main PG but is still out with serious injury. Worth noticing is the presence of two 2000-born guards: Dovydas Giedraitis and Rokas Jokubaitis. Both had fairly successful seasons. Jokubaitis made a name for himself in Adidas Next Generation Tournaments and Giedraitis was putting big numbers all season long in youth and senior domestic competitions. It is possible that since their older teammates are not there, youngsters can be given some solid minutes.

Offense should be run through Aleix Font who was team top scorer in Turkey last winter. Also Eric Vila seems to have a lot to prove after unexpected disappointing season at Texas AM which led him to the transfer decision. Speaking of college there is one more very interesting name to follow in Spanish roster – Joshua Tomaic. Maryland redshirt freshman is a native of Canary Island and graduate of CBA Canarias which is based in the same place. On the other hand absence of Sergi Martinez seems to be somewhat surprising. Talented wing who recently extended contract with Barcelona for the next four years will play only at FIBA U18 in Bratislava. Another missing piece is Miguel Gonzalez who is a starting SG on one of the best Leb Plata teams (CB Valladoid) and really shined during U17 World Championships in his country. However this is not that big shock since he did not participated in Samsun last December. Since Gonzalez and Martinez will not make it to Cairo, 1999 generation will be headlined by Ignacio Rosa who had a good showings this season either with Unicaja Malaga and national team.

3rd place at FIBA U18 Championships last year was a tremendous achievement and honestly this team is very unlikely to make another revelation without stud prospect Davide Moretti who was the leader of the horde in Turkey. Talented guard could easily play substantial minutes in Italian Top League but decided to continue his career on the college route as he commited to Texas Tech few weeks ago. This summer he will be one of the main weapons of U20 team in Crete. 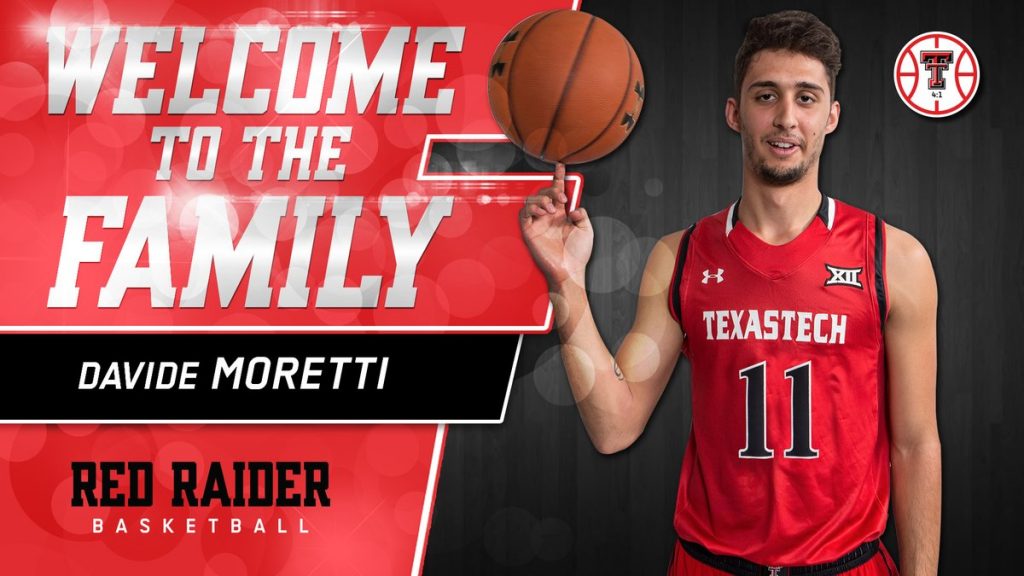 Without him and another college-bound player – Grand Canyon’s Alessandro Lever (suffered left ankle injury which probably excludes him also from U20s) Italy will be totally different and starless team. Thomas Oxilia, Lorenzo Penna and maybe Riccardo Visconti should be the main bucket getters. Interesting long term potentials are: David Okeke, and 99 born: Guglielmo Caruso (probably best prospect from this generation) & Alessandro Pajola – defender with tremendous IQ and passing abilities who excels on both ends and just won Italian U18 championship with Virtus Bologna.