Most notable promotion goes to Philipp Herkenhoff for his notable run with BBL cinderella: Rasta Vechta. With 7 man rotation, small team from north Germany was able to cause huge upset on domestic powerhouse from Bamberg and big credit for that goes to 1999 born prospect who played as a 5 man in that series. Given that result and promoting to the next phase of playoffs Herkenhoff couldn’t participate in any pre draft workouts but his performance was widely noted and his progress will be definitely followed next season by scouts. 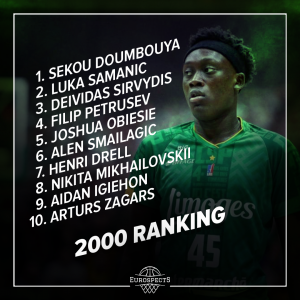 Leandro Bolmaro had up and down season in Leb Gold but there are few scouts that point him as a favourite sleeper and if he didn’t withdraw from the draft, could even end up selected in the 2nd round. Tall point guard has a bit tough situation since Barca B relegated to Spanish third tier and everyone knows how difficult it is to get playing time in Barcelona ACB / Euroleague team so loan seems like the best solution. Anyways before season starts, Bolmaro can help himself with strong showing for Argentinian U19 NT at upcoming World Cup in Heraklion, Crete. 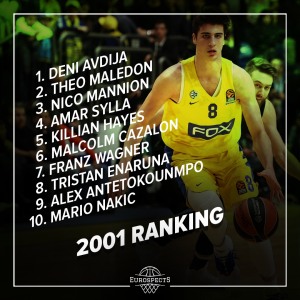 No major changes in this particular ranking. Amar Sylla jumped over Killian Hayes after his dominant defensive performance at AdidasNGT finals in Vitoria Gasteiz. Also Jason George seems to start adapting to Bayern program. He helped himself during the final four and helped to secure NBBL title week after that for Munich. Kareem Queeley who was just behind Top 30 last time, comes back and sits at 25th spot now. 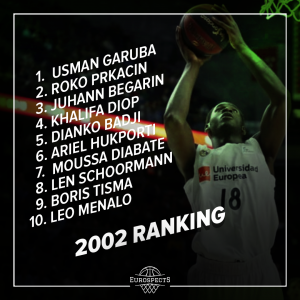 Raw but talented Lamin Sabally and Ibrahim Magassa made a ranking for the first time. Juhann Begarinn had tremendous stretch during the camp where he looked like possibly the best NBA prospect of the event and we put him over many physically blessed bigs in newest Top 30. Also Luc Van Slooten, Yannick Kraag and Matthew Marsh climbed significantly.