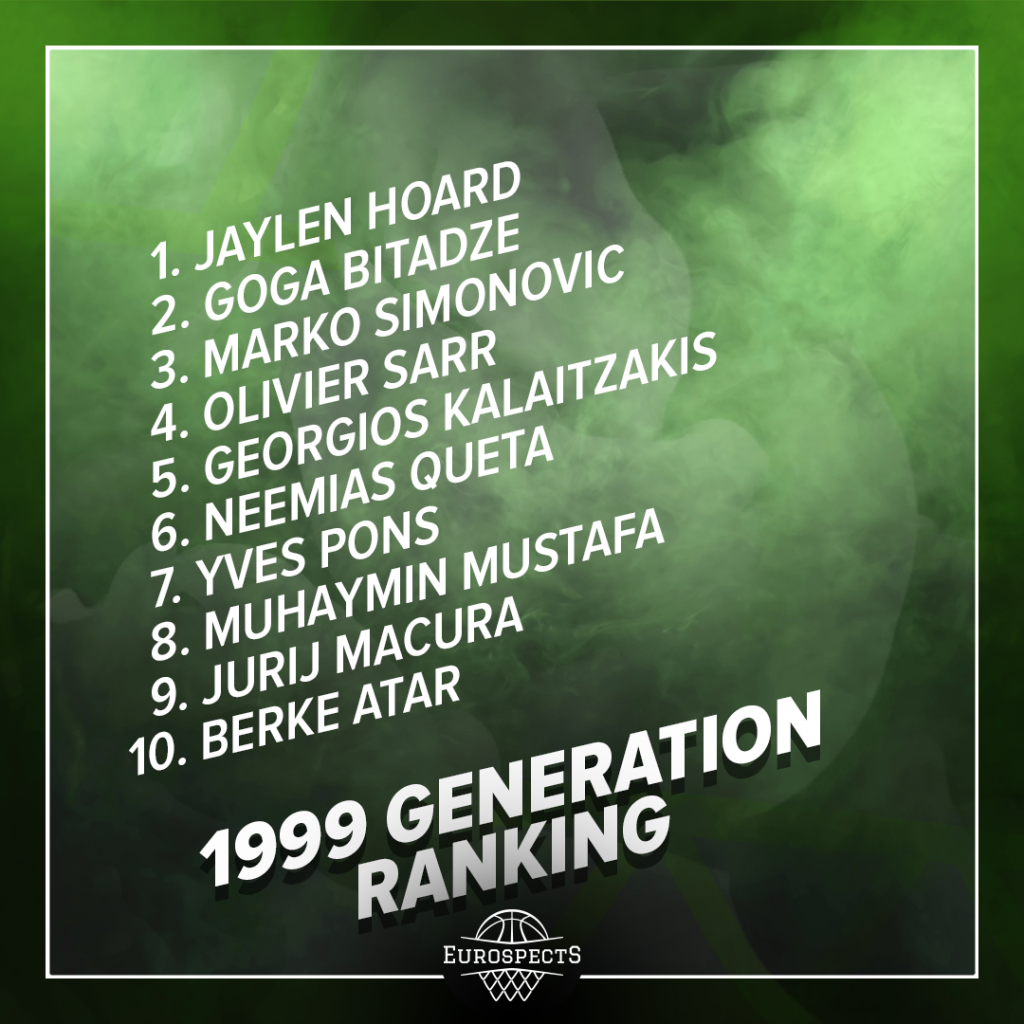 NEEMIAS QUETA – Portuguese big man was already notably promoted after solid showing at FIBA U20 Europe of Division B. He looked there bulked up, much more focused and improved in many areas. However after committing to Utah State and starting NCAA career he jumped to another level. Queta was able to make not only immediate impact but put on some sensational performances like vs Saint Mary’s CA where he looked like poor Clint Capela version in the making for some stretches.  His numbers per 40 oscillate around 16pts, 16 rebounds and 4 blocks not bad for a freshman. He is still up and down but 6’11 prospect with nearly 7’5 wingspan who has touch (even makes FT) and whose athleticism allow him to make an impact above the rim on either end of the floor are not that easy to find. Possibly Neemias can be soon mentioned as a draft candidate more boldly if he continues to step up his game like that. 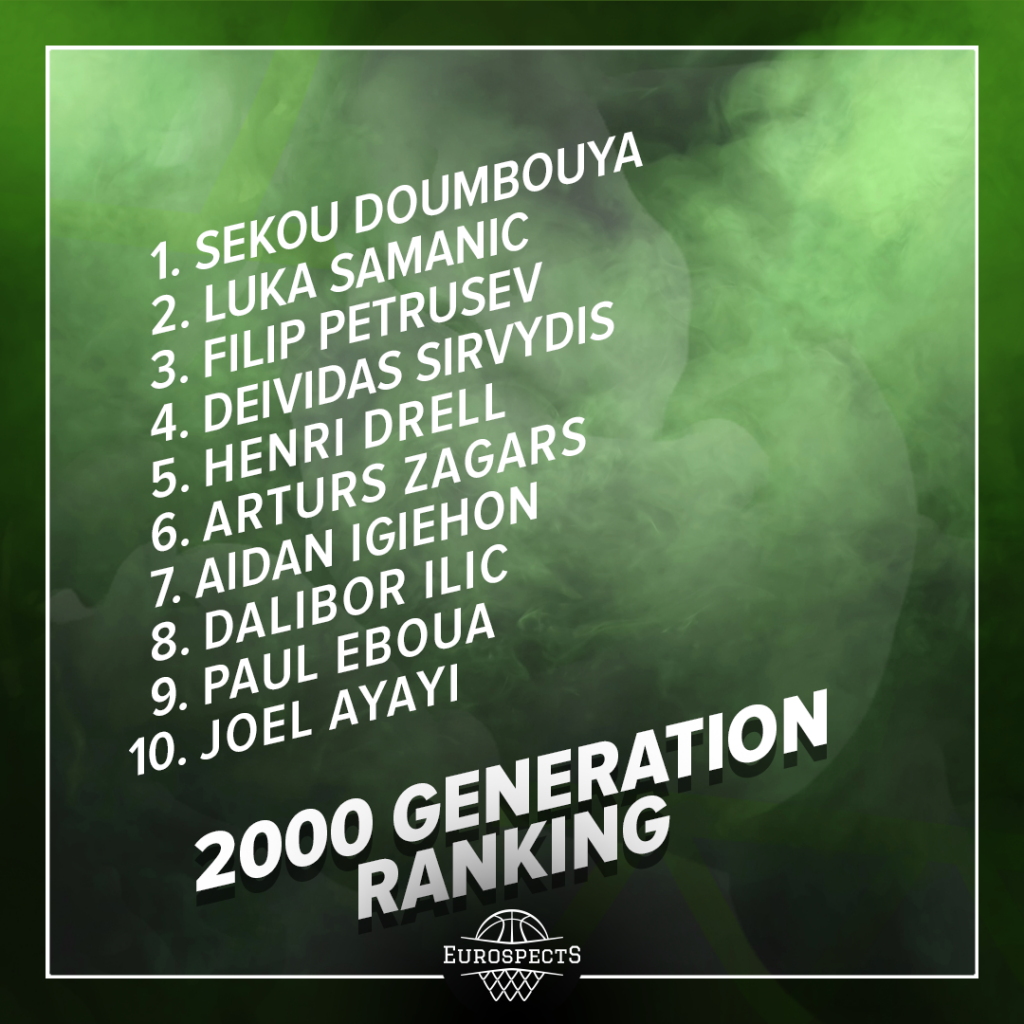 ALEN SMAILAGIC – Paradoxically Smailagic can quickly convert from sleeper to someone who has even too much buzz. Prospect who was constantly kept away from the spotlight got lately selected by South Bay Lakers in the G League draft with very high 4th pick and immediately traded to Santa Cruz Warriors. There was a word for a while that he may leave to USA and not necessarily to NCAA. Also for people knowing his environment there is absolutely zero surprise which franchise he ended up in. Alen is the youngest player on the team and first ever 2000 born to participate in NBA development competition. He appeared few times in our Top 30 ranking but last two years he got stuck in Beko Beograd and played for them solely in domestic U19 and 3rd senior tier. Smailagic is a serious prospect who stands somewhere between 6’8-6’9, plays inside & outside and moreover possess good either: ball handling, stroke and athleticism. Europeans who play in G League from let’s call it from their own will without being drafted and assigned there by NBA franchises are still somewhat an experiment. Money wise it maybe makes some sense as in college or homeland he couldn’t make similar or any salary current season. So far so good but we will see about long term perspective of this endeavour. If his career was lead different way since U16, most likely goal which probably is hearing his name in the most important Draft could be more achievable with his tools and talent. 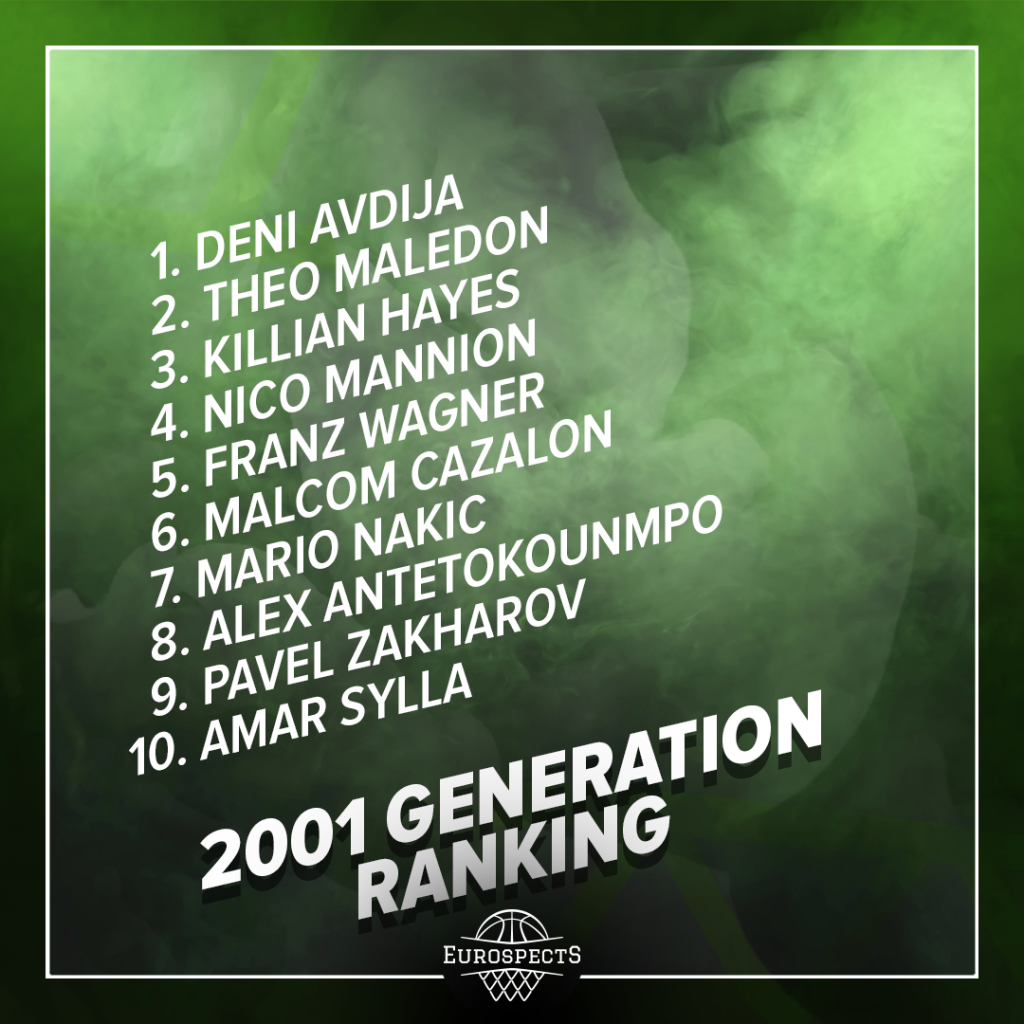 THEO MALEDON – Before the season I wrote that if someone is ready for high level pro basketball at this age & on such a demanding position it’s definitely Theo Maledon. However how quickly and how much he was able to contribute is way beyond the expectations. Young French guard had some ridiculously good games in domestic league. He still interweaves them with minor setbacks and is a bit less efficient in Eurocup which is absolutely normal. However for the first time he leads backcourt players in our 2001 ranking over Nico Mannion and his countrymen Killian Hayes whose team is struggling big time and who may have slightly less playing time after appointment of new/old coach – Erman Kunter. As he is not even eligible yet, scouts can’t wait for the next season when ASVEL will be back in Euroleague to watch Theo competing against the best players on the continent every week. Those performances will determine whether he really has a chance to get drafted in the lottery. 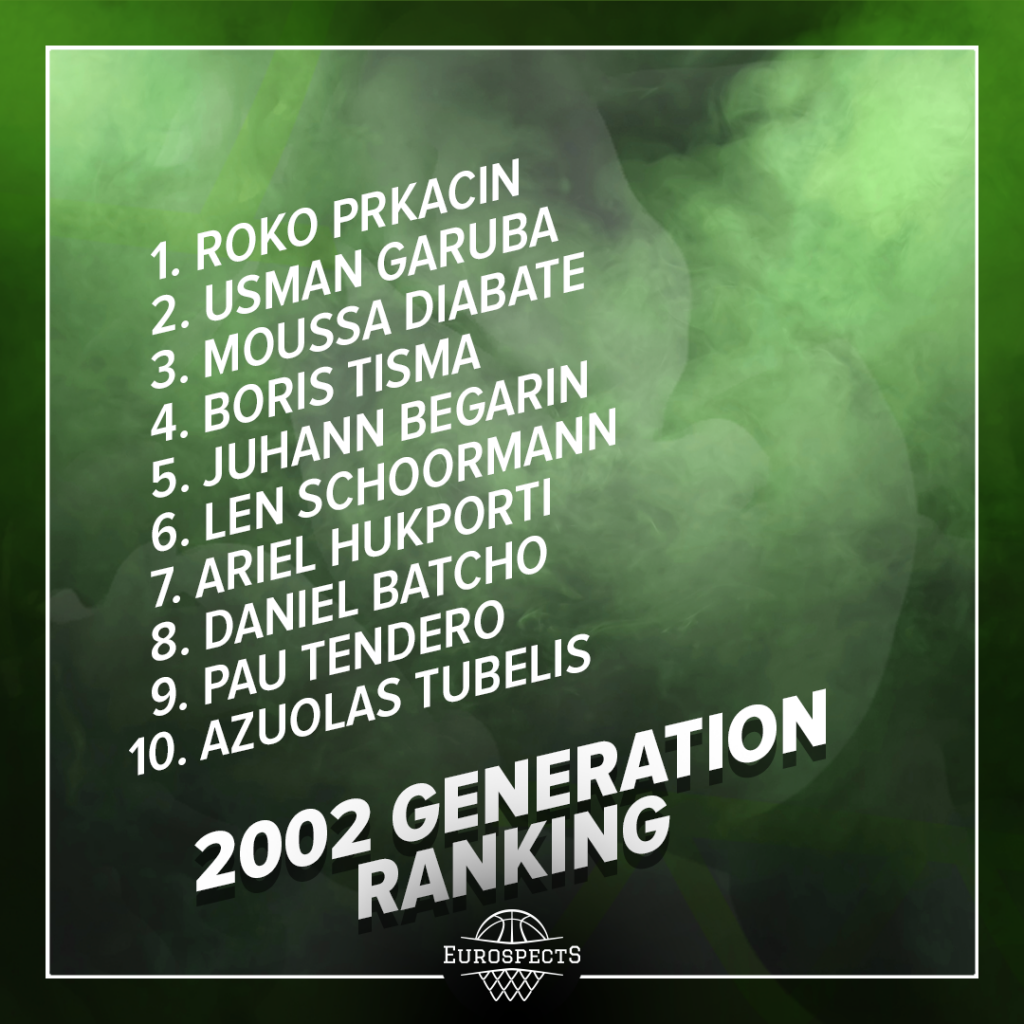 YANNICK KRAAG – Maybe one of the most overlooked prospects from this age group at the moment. We first saw Dutch tall wing who plays for Orange Lions Academy at the FIBA U16 European Championship. He was doing just solid job vs very good competition but it was hard not to notice his tremendous long term potential. Blessed with positional size & freakish length, may not be the most explosive athlete but is blessed with coordination talent and moves / makes plays effortlessly. He possess solid feel for the game, big defensive upside and developable jumper as he already occassionally makes shots off the dribble. At times he can bring poor Ingram-esque vibe and following how his potential unfolds into the future will be very intriguing.