Some players have intruguing skills while others can possess unusual background. AJ Edu combines both categories and takes them to another level. As 6’10 tall player with 7 foot wingspan who is still slowly growing, he makes opponents think twice before getting to the paint, shoots mid range and can run like gazelle including coast to coast plays with the ball. At the same time off the court he is dual Phillipino-Nigerian citizenship born in Cyprus who currently resides between England and Wales.

I picked up the ball at the age of 7 in AEL Club. I also played soccer when I was younger but ultimately concentrated on hoops as I was tall for my age. I didn’t have much influence how things came to be in the past but recently every time I have gone abroad it has been because of a camp or tournament.

There is no doubt that multiple cultural experiences make your personality richer. Does the consortion with various coaching styles brings similar effect for basketball players in AJ’S eyes?

Definitely. The opportunity to play against different people from around the world has been awesome. It’s helped me learn a lot of things and adapting to their rules has help improved my game.

The downside is that most of those places are not obvious hoops destination. Cyprus doesn’t have a structure to develop prospects despite basketball is popular sports there and England may be rising but is still building its reputation. Even though AJ is currently ranked on 5th spot in newest Deng Camp ranking and is taking Elite Academy Basketball League by storm as he is leading in efficiency (28.8), rebounds (15.2), blocks (3.3) and is second best scorer (20.0), transition to good collegiate level may not be easy. However Edu looks at his chances optimistically thanks to competing against grown men on a daily basis.

Thankfully I get the opportunity to practise with the BBL team at Bristol. I believe that training with a lot of players who have been through the college system will make the process more smooth for me.

His good performances obviously attracted interest from several nations as Edu is quite a globetrotter. Besides Flyers head coach also runs Great Britain U20 but talented teenager denies all speculations.

I did have the opportunity to also play for Cyprus but I decided to be a member of Philippines and I am very happy with that decision.

Edu’s first showing for Smart Gilas took place past summer where he participated in FIBA U18 3on3 World Cup. Apart from sport, it was also a reunion with his family and fellow citizens. What was this experience like?

It was amazing. I represented my country for the first time and was extremely proud to do so. To achieve the best ever position of any Filipino team just made it even more of a great time. Other than that I saw my grandparents for the first time in 15 years and it was a truly emotional & great experience to finally meet and talk to them in person. 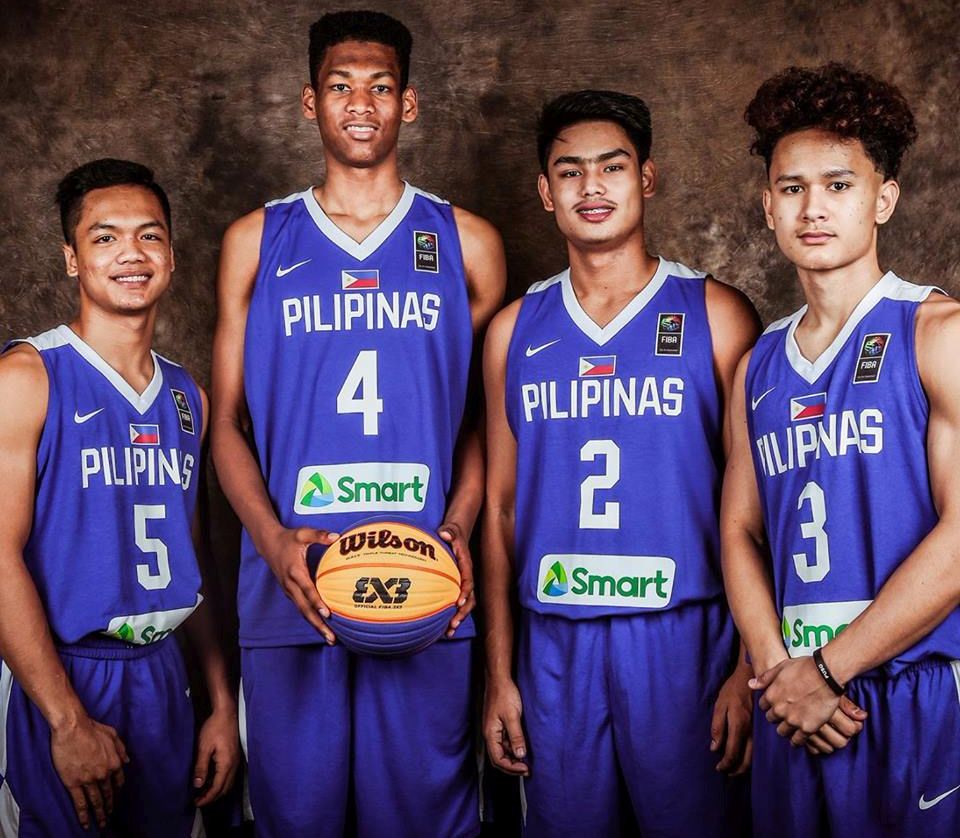 AJ could possibly repeat that involvment next summer and extend it for normal version of basketball as he is likely to represent Philippines at both the 3×3 and FIBA ASIAN U18s this year.

Generally speaking country seems to have a big hopes for his development. Edu was a member of “#23for23” list which contains 23 names of semi-polished talents likely to become integral contributors in 2023 when Pilipinas host World Cup. Head coach Chot Reyes who released mentioned file beside obvious basketball potential pays attention also at work ethic and intangibles of rising star.

“We really like him. We’ve been eyeing him for a long time and now that we have a chance to work with him, we love him even more,” He’s very focused, serious and coachable.” – he claimed in the interview with ABS-CBN Sports.

Another name on the list but much more highly touted was Kobe Paras. 1997 born prospect who played for Creighton and originally committed to UCLA is son of local basketball legend and has celebrity status in his homeland. Since Edu is strongly opting towards collegiate route his older teammate could be someone to get advise from regarding future.

I have met and chatted to Kobe a few times and yeah I’d say he’s someone I can look up to in terms of going to great colleges in the states while also representing Philippines.

However it’s more of a friendly relationship and Edu has older role models who he wants to follow regarding playing style.

I’m a big fan of Antetokounmpo and Hakeem Olajuwon. I’d say those are two of the main players I try and emulate.

Sounds reasonable as AJ has some Giannis-esque qualities but he plays much more as typical big. Nevertheless he tries not to limit himself to strictly inside player.

I’m concentrating on improving my 3 point shooting mainly. The way the game is evolving I believe this should be an important part of my skillset in the future.

This adjustment can be crucial for his further development and prosperous NCAA career. We can hope that after Edu’s college days are gone he will go back to Europe as a major contributor in good leagues.